An Introduction To DUI Expungements in California 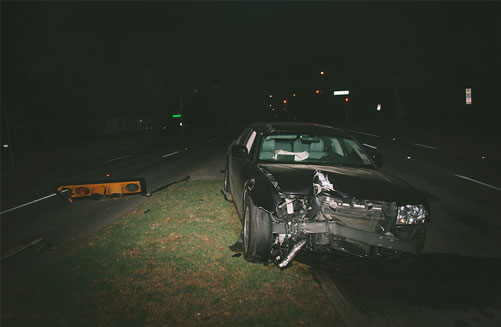 If you or anyone you know is trying to erase a DUI from public records, then this blog post on DUI Expungements is for you!

1. What is a DUI Expungement, And How Does It Help?

A DUI Expungement hides a prior DUI conviction from your public record. California Penal Code 1203.4 explains all legislation on the matter. Furthermore, an expungement means that previous DUI convictions will not show up on most background checks. As a result, a DUI expungement help with will help with:

If you are trying to apply for a lease or a mortgage, a DUI comes off as a red flag. In some cases, banks or landlords may decide not to approve your loan or rent to you. Having a DUI expunged from your public record makes finding desirable housing a lot easier.

Having a DUI on your record can hold you back in your career. For instance, employers may perform a background check on potential employees. Depending on your employer, a DUI conviction can stand in the way of getting hired or promoted. Similarly, a DUI conviction can imperil professional licenses, state licenses, and can result in getting fired. Also, failing to inform hiring managers of a DUI conviction when asked may lead to further consequences. These consequences may include a denied job application or the possibility of termination. However, with some exceptions, listed in PC 1203.4, you are not obligated to disclose an expunged conviction. Furthermore, if employers find out that you have had a DUI expunged, they cannot legally hold that fact against you.

2. Who Qualifies To Expunge A DUI From Their Record?

If a DUI conviction is holding you back, you may try opting for expungement. Most of the time, no hearing is required. A defendant who qualifies must submit the appropriate papers. Additionally, the defendant must notify the prosecuting agency by serving copies on the prosecutor. After that, the prosecutor will investigate to determine whether the defendant has completed probation or picked up any new charges.

Additionally, if the defendant has the resources, the defendant should hire an attorney. An attorney can make requests such as dismissing charges and early terminations of probation. Moreover, an attorney can write, file, and deliver the petition, which advocates for the expunction on the defendant’s behalf. More common than not, people with DUI convictions qualify for eligibility.

4. Will An Expunged DUI Affect My Insurance?

5. Can A Previous Expungement Help With A New DUI Charge?

6. Will An Expunged DUI Limit You In Any Way?

While an expunged DUI may help with housing and employment, there are some instances where a defendant must disclose a conviction. As stated earlier, a DUI conviction is erased from the public records but remains in specific databases. These databases include the DMV, local and federal law enforcement agencies, and auto insurance companies.

Additionally, a defendant must disclose a DUI expungement to apply for a government job or professional license. However, they may not be eligible to apply for these positions or permits if their conviction was a felony. For instance, law enforcement, court positions, and the military all require full disclosure of a DUI expungement. Similarly, to apply for a state bar or real estate license, a defendant must disclose any prior convictions on their record.

GET A FREE CONSULTATION

Law Office of Stephen A. Varga
4.9

Leo Auclair
11:11 31 Oct 22
Mr Steven Vargas is the most upstanding, loyal, kind-hearted, and compassionate attorney, that I have ever met. Not only is he God-fearing and humble, he isn't only money-driven, by what society sets as the norm. He is helpful and genuinely cares about each situation at hand. He is well respected and highly respected by his peers in all of the Southern California courthouses by district attorney's, and Judges, alike. He is the most charming man that I have ever met. My role-model in a sense!! Thank you so much Steven Vargas for being awesome and for being you! Your friend, Christina Shipley

Christopher M
19:56 12 Mar 21
Stephen A Varga was my attorney for my case and not knowing the outcome left me confused and needing someone who can help me in the best way possible. Someone i can trust. From the beginning until the very end, he’s guided me with his knowledge and skill and has helped me get through this without doubts of being unprepared. He answered all my questions, concerns, and kept me updated throughout the process. I was not left in the dark. I highly recommend him to anyone who’s going through the process of needing a professional attorney to represent you. Thank you for your time and I appreciate all you’ve done for me by helping me get through this.

Bernard Murphy
04:28 15 Feb 21
I am currently embroiled in a lawsuit . The lawsuit makes defamatory accusations about me that I feel like I should respond to with a counteraction against the plaintiff. My current legal representation cannot take on that added responsibility for various legal and professional reasons, but he encouraged me to seek additional counsel in that action. I found an LA County legal referral service online and contacted them for advice. They put me in touch with Stephen Varga. I spoke with Stephen about my situation and he gave me sound advice without charge. Bear in mind that I was completely open and available to retain legal services. After hearing my story, Stephen advised me that retaining his services would not improve my situation and that I am currently well-served by my existing counsel as part of the existing lawsuit. Stephen could easily have taken my case and done his due diligence, but he felt that in the end my situation would not be improved beyond what my existing counsel is providing, and that he is confident that I am being well-served. I thanked him for his honesty and kindness in not seeing me as an opportunity. I will keep Stephen's number in my contacts and go directly to him first for any future legal counsel I may ever need. I recommend any person needing legal services do the same. - Bernard Murphy

Timmy Cho
06:40 25 Oct 20
"Mr. Varga was my attorney on an extremely complex and difficult case which lasted for more than 3 years. He helped me tremendously, my calls were always returned promptly, and he really did a fantastic job. The case ended up in a dismissal. I would highly recommend Mr. Varga.”

Eric Meza
02:30 25 Aug 20
Stephen Varga is a godsend, he’s an honest dependable attorney whose attention to detail is unparalleled. My father and I came to him worried and stressed, but after one sit down we left feeling relieved and in good hands. I only wish it was possible to give 10 stars for someone so deserving of it. Thank you Stephen !!!!

R KLEPA
17:54 03 Mar 20
Steve is a caring and experienced attorney who knows a lot about personal injury and criminal cases.

Gene Dreher
16:58 02 Mar 20
Stephen is an honest, competent and caring attorney. After multiple cases, I can without qualm recommend him to anyone. He's steady and a man of firm principles. He brought me excellent results.

Carlos C
23:23 30 Jul 19
Simply the idea of needing an attorney is overwhelming to say the least. You need to choose wisely as time is of the essence and everything counts such as advise, process and execution. My experience with Stephen Varga from the initial consultation to the Jury trial (We Won) was based on the trust, rapport, and partnership that we both established from being equally invested in getting a favorable outcome. There was a strong collaboration between us with the many variables in litigating, the twists and turns, and the complications of the legal system. Stephen navigated through all of that and put me at ease as he anticipated and forecast opposing counsel’s moves and “checked mated” him with finesse and confidence! I really appreciate everything Stephen Varga did, as he put his heart and soul into my case; and I would recommend Stephen. I hope to not need a lawyer again, but should I need one, I know Stephen is the lawyer I would call.

Tom Zebra
23:42 17 Mar 17
I hired Varga 15 years ago when the alternate public defender, Julie Waters, tried to send me down the river. Mr V hired A Commando if I remember correctly, as an expert to prove the deputy in my case was being dishonest. Brian Rogge from LASD not only was being dishonest, but he robbed me and locked 3 of us up to cover his theft. Long story short Varga likely would have beat my case if it wasn't for the fact that the public defender already ran the motion to dismiss without my permission.Did Varga know at the time he couldn't run the same motion after the PD already did and failed? It didn't seem like it but for sure he does now. Finding a good criminal defense lawyer is difficult. I feel like Varga made an honest effort and could have won my case at pretrial stage if I had him in the first place. Good luck.
See All Reviews 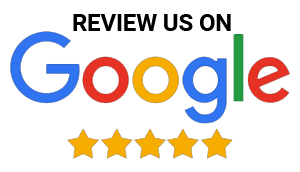